Modern buildings are reaching ever new heights. A kilometer high building is now on the table. The difficulty with going higher is not that of structural integrity. Rather, it becomes more and more difficult to transport more people, goods, water, electricity and services to the top floors through the building base area which stays the same. Larger and larger holes area of each floor must be sacrificed for elevators, pipelines, power etc. In th extreme case, the lower floors cannot be used for anything except as a passage to higher floors, and it does not make sense to build any higher.

The most problematic is elevators. It is not un-common for high-rise buildings to have nearly 50 elevator hoistways. One of the most promising solutions to decrease the area lost to elevators is to use the concept of multi-car elevators; running several elevator cars in each hoistway. This is not possible with conventional cable driven elevators because the cable gets in the way. However, if the cable is eliminated, and the elevator car is made self-propelled, this becomes possible.

Researchers at Sabanci university have developed linear motor propelled elevator systems where the armature of the elevator traction motor is on the elevator car and the stator is attached to the building and spans the whole hoistway. The elevator car is propelled by the magnetic field generated in the stator, completely eliminating the cable. Through this enabling technology, multi-car elevator systems become a possibility, together with the design of ever higher buildings, and also those with a curvature!

We have designed, built and tested full scale vertical linear synchronous motors for a Japanese major elevator company. Proposed new methods which drastically cut down the design time of the magnetic components of the motor (the parts that are seen as “the motor”: stator and mover geometries and material, winding design etc), with respect to optimizing costs of materials, motion parameters such as speed, torque, vibration etc. We have also designed and implemented the control algorithms, the power electronics, mechanics and other components relating to the design of the complete linear motor. The design of linear motors for vertical applications is more difficult than horizontal applications because the requirement to minimize the motor dead-weight causes the design process to be highly nonlinear.

The project has other implications exceeding simply the design of linear motors:

Linear motor driven elevator systems do not have counterweights as in conventional elevator systems, and they are made to carry smaller payloads. The power required during operation is carefully balanced where elevator cars going up are partly powered by the recovered energy from those going down. Having smaller cars, the system does not need to move large dead-weights for a small number of people traveling. Overall, this means that the power required by the elevator systems can be smaller than conventional elevators.

The energy efficiency is improved because of high performance motor controllers that are distributed along the building and those which are switched on only when necessary.

Since elevator cars do not have counter-weights, it is possible to store potential ener-gy in the system by raising many of the eleva-tor cars to higher floors using low cost elec-tricity for example in the night, and later use the stored energy by dropping those cars in a controlled fashion in the morning rush hour to supply power to the rest of the cars.

We are also considering the possibility of using the stored potential energy in the system by using dedicated dead-weights at the top of each hoistway for an emergency such as a power outage to provide short term power to supply the building emergency systems. We are looking for industrial partners for such applications. 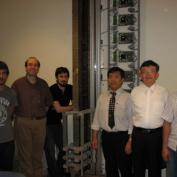 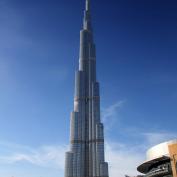