Hydrodynamic cavitation is mostly an undesired phenomenon in turbomachinery since it limits the performance of the fluidic system, causes catastrophic damage, flow choking and acoustic noise, and lowers the efficiency. However, it could be used it for good means in small scale. 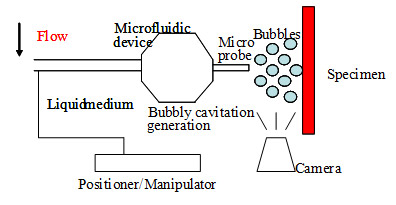 In this study, continuous bubbly cavitating flows with the design of a microfluidic device (bubble generator) were generated. The emerging bubbles were exposed to a small target area (kidney stones, cells in culture, human tissues). Macroscopic, microscopic and nanoscopic (e.g. molecular) changes in the target area using both biology and surface characterization methods were monitored.

This size of micro-orifice was chosen to enable visualization of microbubbles emerging due to bubbly cavitating flow by a simple digital camera. The material involves a sheet of protection and has high resistance to corrosion thus it can be used in applications that require sensitivity.

The tests were conducted by applying different inlet pressure values at the inlet. The flow rate was controlled with a fine-metering valve. Various inlet pressure values were applied during the tests in order to observe the result at increasing pressure differences until bubbly cavitating flow pattern is obtained. 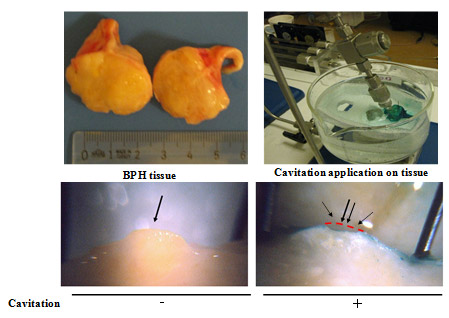 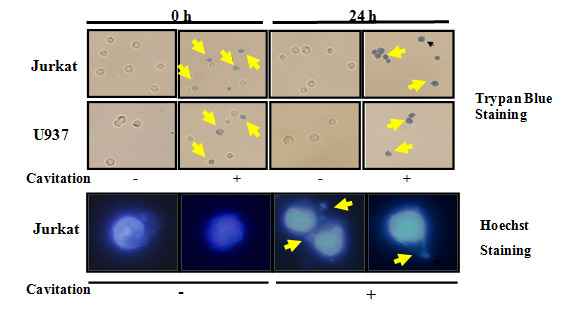