The word LASER is an acronym for Light Amplification by Stimulated Emission of Radiation.  Lasers are used as research tools in many programmes at Sabanci University. 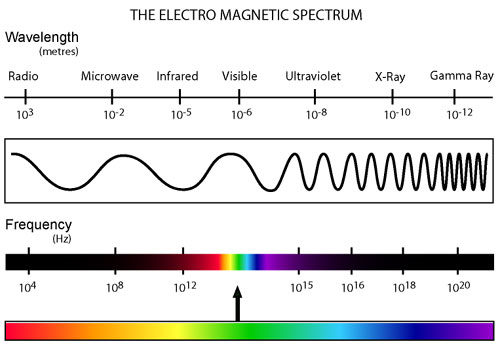 A laser generates a beam of very intense light.  The major difference between laser light and light generated by white light sources (such as a light bulb) is that laser light is monochromatic, directional and coherent.  Monochromatic means that all of the light produced by the laser is of a single wavelength.  White light is a combination of all visible wavelengths (400 - 700 nm).  Directional stands for the beam of light with very low divergence.

The color or wavelength of light being emitted depends on the type of lasing material being used.

Table 14.1 illustrates various types of material currently used for lasing and the wavelengths that are emitted by that type of laser.  Note that certain materials and gases are capable of emitting more than one wavelength. The wavelength of the light emitted in this case is dependent on the optical configuration of the laser.

Coherent means that the waves of light are in phase with each other.  A light bulb produces many wavelengths, making it incoherent.